The Future Of Disc-Based Media

On the outside, seems like it may be threatened by the array of inexpensive and convenient methods of on-demand streaming that seemingly hammer in the final nails to DVD’s and Blu-ray’s coffin. While VOD has become very popular, it has a negative effective that disc-based media easily escapes: controversy. Many TV networks, like AMC, are very angry at how quickly VOD services pump out movies that were just in theaters, making AMC and other similar channels all but useless relics of TV history. However, despite how hard the industry is pushing to eradicate disc-based media, and regardless of the high VOD adoption rates according to Netflix and other similar services, DVDs and Blue-rays are still going strong, allowing the three media types to work together in harmony. 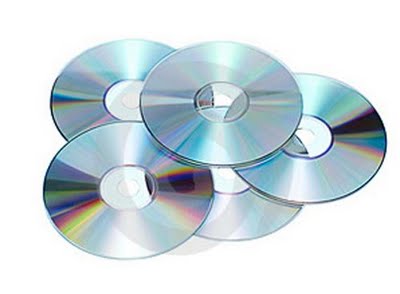 The Consumer Electronics Association is an industry that makes reports about electronic media and many other factors of entertainment and electronics, and they have recently released a report detailing VOD and disc-based media. According to their report, VOD has made significant leaps and bounds in taking the market. However, physical distribution is still going very strong. Not only that, but according to their report, it is projected that DVDs and Blur-rays will be around until at least 2021. This is contrary to many reports, which estimate that discs will go away much quicker, but there are many reasons why they still have some life.

According to their report, there are several factors that really give DVDs life. Portability and inexpensive prices make this media still viable, along with DVD duplication being relatively easy compared to other duplication methods. Not only that, but on the side of Blu-rays, sales of Blu-ray players jumped a huge 86% in 2010, which is surprising considering that VOD also became big around the same time. This has lead them to estimate that discs will fade up much more slowly than VHS.

There is also the notion of staying power. DVDs have been around for about 15 years, yet it still continues to be a popular and viable media format used in many homes. This not only bodes well for DVDs, but also for the Blu-ray successor.

While DVDs are slowly becoming antiquated through Blu-ray technology, Blu-rays themselves are doing very well sales wise. Some people have been worried that this media would be unable to meet rising demand for HD video, however Blue-ray has boldly jumped into this role and is largely known as a superior quality product. While prices are still high, they are expected to lower as adoption rates increase.

While this is largely an estimate, many are assuming that DVD rental rates will be close to those of 2008, a large year for DVD rentals. Not only that, but something else worth noting is how much Americans spend on both physical discs and digital VOD services. Digital services, on average, are receiving an annual amount of $2 billion, which is no small number. However, physical media is much higher at $18 billion, which goes to show that disc-based media is going to be around for quite a long time.

About the Author: Victor is a blogger and tech enthusiast with plenty experience. He currently works as a consultant for a dvd replication company.