Apple’s new iPhone is out – and in fact, there are two new iPhones. As Apple’s flagship phone, the iPhone 5s is currently the best iPhone you can find in the market. Although its appearance is not so different from iPhone 5, it shows a significant improvement in speed and performance. Here are some basic things you need to know about iPhone 5s. 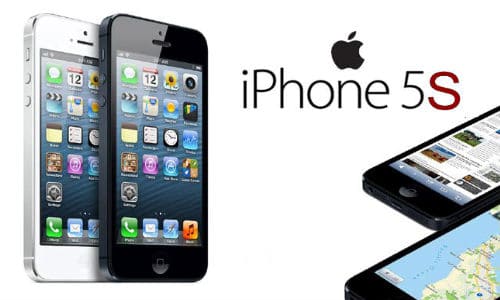 The iPhone 5s seems to be a subtle redesign of the iPhone 5. It doesn’t change much in the screen size or headphone placement. However, one highlight is the icon-less home button, which has a silver or gold ring around it to signify the 5s-exclusive fingerprint scanner. Besides that, the rest is basically the same: the unibody aluminum body, the two-toned design and the 4-inch display. While the upgrade is slightly dull, you can relax because all your cases for the iPhone 5 can still work for the iPhone 5s. Along with the usual black and white case, iPhone 5s also has a new golden version. Fancy…

One of the key features of the iPhone 5s is the home button. Flat instead of concave, the button can now be used as a fingerprint scanner, a new feature that Apple names “Touch ID”. The fingerprint sensor beneath the sapphire crystal layer allows for a 500ppi resolution and 360 degree readability. The scanner revolutionizes the security system by allowing users to use the fingerprint scanner instead of a passcode. Simply put your finger on the button and iPhone 5s will unlock. The silver ring around the home button will immediately sense it when your finger is on it, so you don’t have to actually press down on it. You can use Touch ID to make purchases in iTunes too and even set it up for reading multiple fingerprints.

The iPhone 5s has a dual-LED flash which may make the flash on the iPhone camera possible (finally). This new phone combines the right percentage and intensity of the two bulbs in the dual-LED flash – one white and the other amber – to create 1,000 different variations of a flash. It results in better quality for your pictures, making them look more natural. This is a big step forward compared with the weak bulb found in previous iPhones, especially when you are taking night photos. The camera also has a low-light exposure with a sensor 15% larger, bigger pixels and larger aperture (f/2.2).

The iPhone 5s is powered by Apple’s new A7 processor with a 64-bit chip. It is the first 64-bit chip in a smart phone which can make iPhone 5s twice faster than iPhone 5. More than that, 5s runs OpenGL ES 3.0 which makes the graphics performance in the 5s pretty neat as well. Along with the A7, Apple is using a “motion coprocessor” in the 5s called the M7. It continuously measures motion data with an accelerometer, gyroscope and compass support. As a result, it should spur on the next generation of health and fitness apps like Nike+ by allowing apps to use all the motion data it collects without tapping into the A7 chip.

Ufone ilegal duplicate of sim issue while sim is active