After Effects CS6 Vs. Motion 5: The Ultimate Motion Graphics Showdown

Adobe and Apple—two titans in the persistently competitive world of motion graphics and animation, both with new editing and composition programs to push. Adobe has the impressive After Effects CS6 and Apple has the equally dazzling Motion 5. Unsurprisingly, both companies assert that what they have to offer is superior in versatility, speed, and cost. But how do they compare? Let’s take a closer look at the features and details of each contender in this motion graphics showdown. 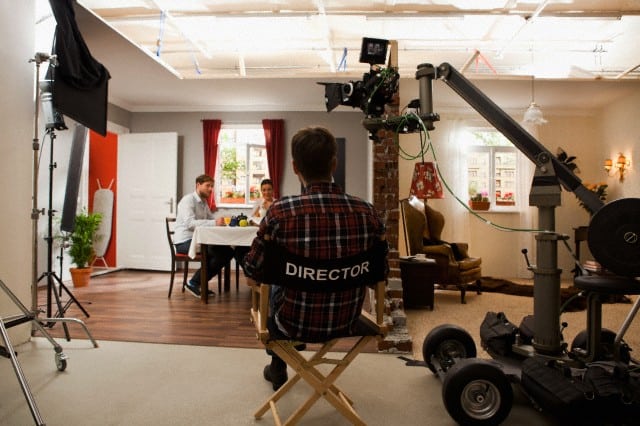 In This Corner We Have After Effects CS6

Adobe’s After Effects CS6 has a number of flashy but also functional new features which will wow users.

This will most likely be one of the biggest draws of After Effects CS6. The software’s new ray traced 3D rendering allows users to quickly and easily generate ray traced shapes and text in 3D. Although incorporation of 3D is not novel to After Effects, this newest software version is the first to offer enhanced capabilities. Users are able to use shape layers to add the illusion of depth to graphics. There are also some nifty new options for materials including index of refraction (how light is bent traveling through a material), reflection, and transparency.

After Effects CS6 also boasts a new 3D camera tracker which allows users optimal control when inserting and positioning 3D layers in a composition. This is extremely helpful in finding planes for 3D shapes and layers.

After Effects CS6 includes a persistent disk cache feature which can save considerable time by eliminating the need for constant re-rendering. It can also be a life-saver in the event of a computer or server meltdown. When users reopen a previous project, they’ll notice that the program automatically identifies all cache frames without re-rendering.

Last, but certainly not least, After Effects CS6 features something called “Cache Work Area in Background.” This is exactly what it sounds like—it allows users to cache one project while simultaneously working on a completely different composition. And you can switch back and forth between projects at will.

In The Other Corner We Have Motion 5

Apple’s Motion 5 was released alongside Final Cut Pro X and promises to deliver the same motion graphics functions of other software, but more quickly and at a lower cost. Arguments for its supremacy include:

The price of this software runs at a mere $49.99. This is indeed a major advantage of Motion 5 since Adobe’s After Effects software will probably set you back at least $1,000.

Fans of Adobe’s Motion software will notice some differences when viewing the Project Browser. First of all, Motion 5 projects have the option of being imported into Final Cut Pro X which means users are able to take advantage of the many effects editing features of Final Cut. This new level of integration between the two programs makes Motion 5 considerably more flexible.

Rigs are a new addition to the Motion software. By adding, deleting, or editing rigs, users can control numerous parameters with ease. Proponents of Motion 5 rightfully extol the capabilities of rigs.

And the Winner Is…

Although both Motion 5 and After Effects CS6 clearly have their merits, a true showdown can only have a single victor. Motion 5 may lead in price, but when it comes down to what really matters—production and editing of superior motion graphics—After Effects CS6 reigns supreme. If you’re looking for software that will give you the most freedom, flexibility, and useful tools in your motion graphics project, After Effects is the way to go. Not sure if you could grasp all of the features and functions of After Effects? Sign up for After Effects training and become a pro in no time.

Michael Gal is a social media specialist and writer. He works closely with businesses to support their online branding and marketing strategies. He is an avid fan of tech and gadgets, and green issues.

Warid SIM JAGAO offer and get free on net minutes