PTA is Going to Block all Night Packages Soon

Cell phones have become a symbol of Independence and a lifestyle entertainment tool. It will not be wrong If we say  people have made the cell phones as their important and essential part of life. As far as concerned about the youth they have made their own world by making the social groups through their mobile phones. And these social groups made  them away from their families and they feel that this will give them more privacy.

Everyone is aware of the reality of night mobile packages. Our all cellular companies (Mobilink, Ufone, Telenor, Warid and Zong) are offering attractive late night call packages that are very popular and the main reason is its cheap like a free. Grabbing our new generation, these free nights packages services provided by our Cellular Companies have become a great pleasure and a source of entertainment and independence. These days there is a trend developing among our Youth to talk with the opposite gender through these night packages, and the main responsibility for this is our society and these cellular companies. The advertisements of these packages are also made so much more attractive to youth; we can actually say they are trying to develop a western culture of girlfriend/boyfriend here which is not ours. 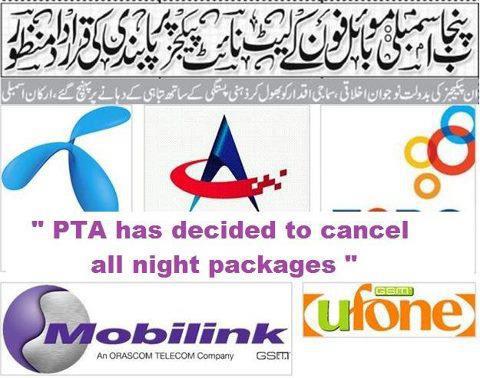 The worse side effects of night packages were long ignored just to generate revenue for cellular companies and taxes for the government but finally someone take the step to stop all nonsense around here. Members of the Punjab Assembly unanimously passed a resolution banning late night packages offered by the mobile networks at cheap rates declaring that these packages are spoiling our youth. Not all of them but youth has certainly availed the facility of this late night call package and spending sleepless nights which is affecting their studies and even in some cases they could not attend their colleges and schools in the morning. I think Wasi Shah has written for them, 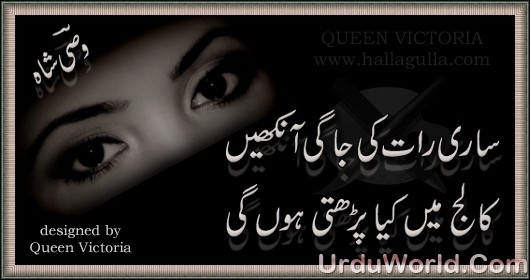 The ban itself is a good decision but youth should also realize by itself. As we know the proverb “Necessity is the Mother of all Inventions”, they will surely make another way to communicate. So the main responsibility is on their shoulders. They have to realize these things. Parents are equally responsible. They should keep an eye on their children’s activities. So the message goes to parents: make your kids to avail good morals and talk to them on every matter to give them better understandings of what is right and what is wrong.

Islamic Point of View in Urdu about Closing of Night Packages

Discover the Secrets to Internet Marketing